I'd always dreamed of owning my own Ex RNLI lifeboat and while growing up as a teenager had always admired the RNLI Watson class lifeboats which were in active service at that time. The dream was fueled even further when I attended a presentation made by Warren Scott who owned Swn Y Mor, the most beautifully converted Lifeboat I had ever seen. The presentation was all about how he and his wife and daughter had sailed the Oceans of the world on their lifeboat.  Like most people I didn't have the money to buy a completed dream but being an engineer thought I could take on a project (mistake no 1). 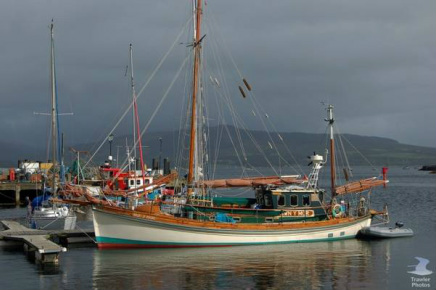 The plan was to find and purchase an old Watson lifeboat. With Swn Y Mor as the benchmark of the quality and approximate  look that I wanted to achieve I set about finding a potential candidate for conversion that I could afford to buy. After looking at lots of boats I found a wrecked, stripped hull on my doorstep at Deganwy  North wales (mistake no 2). My boat was to be ON689 the 1924 single screw sailing lifeboat which was excellent as she had even sleeker lines than later Watson's, a centerboard and the much larger rudder need for a true sailing lifeboat. It was fatal attraction from first sight. 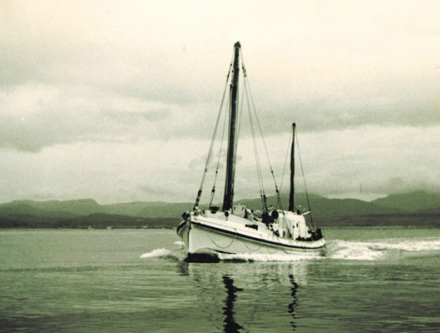 I set about trying to find the owner which was difficult as she seemed to abandoned and derelict. Eventually I found out that she had been seized by the harbour owners. We agreed a price and I organised a survey by a shipwright friend who told me I was crazy and should find a better example to start with, she could be restored but would be very expensive to rebuild. Fatal attraction kicked in and I ignored the advice and bought her anyway (mistake 3). 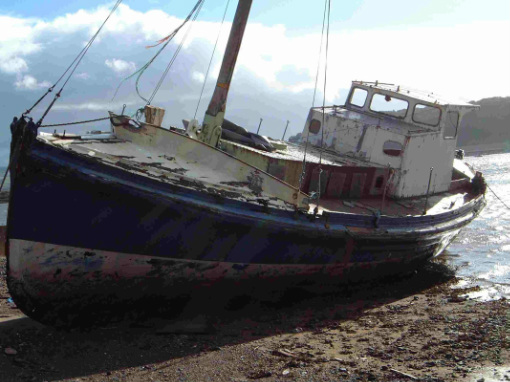 The first task was to free her from her high and dry position on the beach which turned out to be a huge task.  The epic task of rebuilding her from the  keel upwards started and at the time we had hoped to do it over 2 to 3 years ish. It turned out to be 10 years out on our estimate and the budget is something I cannot even talk about (Wife would kill me!)
Powered by